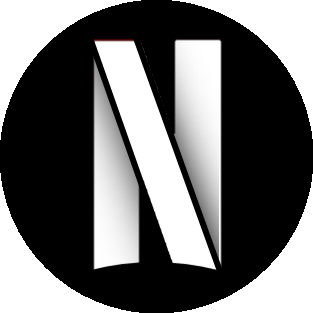 You can stream The Queens Gambit on Netflix.

Over the weekend I started watching Netflix’s new show called The Queen’s Gambit. The show stars Anya Taylor-Joy as a orphaned chess prodigy from Lexington, Kentucky.  Her character’s name is Beth Harmon, and the show focuses on feminism and her addiction to drugs. The show is based on a book of the same name by Walter Tevis.

The show’s main character, Beth, has to deal specifically with significant loss. Early on you learn that her mother took her own life with Beth in the car. Her adoptive mother then deals with alcoholism and eventually dies of hepatitis, while Beth is playing chess in Mexico City.

Throughout the story, Beth’s life seems like it is about to fall apart. However, in each instance someone pulls her up. At the orphanage, she becomes friends with an older girl named Jolene and the janitor Mr. Shabel, who is the one to teach her chess. Even her adoptive mother is supportive and allows her to pursue chess.

The story is not meant to be a gritty drama, and even many of her enemies early on end up becoming the ones who aide her.

The story’s focus on feminism and addiction is really what keeps the story interesting. Chess was a male dominated sport at this time, and throughout the story she is seen as a trailblazer. The story is meant to show that women can compete with men despite what others may believe at the time.

As the show continues, Beth becomes the U.S champion after defeating her rival/friend Benny Watts. She then goes to New York to practice and Benny tries to get her sober. She does manage to stay sober during her time in New York, but it is not the same case when she goes to Paris.

Initially, she is sober and crushing her opponents easily, but prior to her match against the world champion, Vasily Borgov, she goes out with Cleo, one of her friends from New York, and wakes up the next morning hungover and late for the match.

Borgov beats her, and this sends her into a spiral. She goes back to Lexington, spends a lot of money and mostly gets drunk and does drugs. This is when Jolene reappears and tells her that Mr. Shabel has died.

The next day they travel to the orphanage for the funeral where they are the only ones to return. They than sneak out of the funeral and Beth wants to go into her old school. There she learns that Mr. Shabel had been following her career closely.

Beth breaks down in the car because she realized that Mr. Shabel was the only father figure that she has had in her life. After this event, she becomes sober, at least from alcohol, and prepares for her trip to Moscow.

In Moscow, after her first match, she throws away her drugs because she realizes that she never needed them to win. She then goes on to beat the Italian Grandmaster, who says that she is the best player he has ever played.

Prior to the show’s final match, Beth gets a call from Benny, and on the line is everyone she has beaten in the states. They then help her prepare for he final match against Borgov.  The next day is match day, and it has drawn global attention. Throughout the match she  forces herself to calm down and think through each move, so she focuses on the ceiling.

The act of focusing on the ceiling began when she first learned to play, but throughout her journey she thought her focus was only due to the drugs she was taking. However, in this climactic match, she realizes that without the drugs she is able to plan her moves, and she ends up winning.

The story ends with Beth getting out of the car on the way to the airport and walking up to old men playing chess in the park. They then swarm her, because they know who she is and one of them offers to play her. She sits down for a match, and the show ends.

I liked the show because it talks about the struggle it takes to be the best, but also the human side of competition. This is a show I would recommend to anyone looking for a decent-sized binge this weekend.