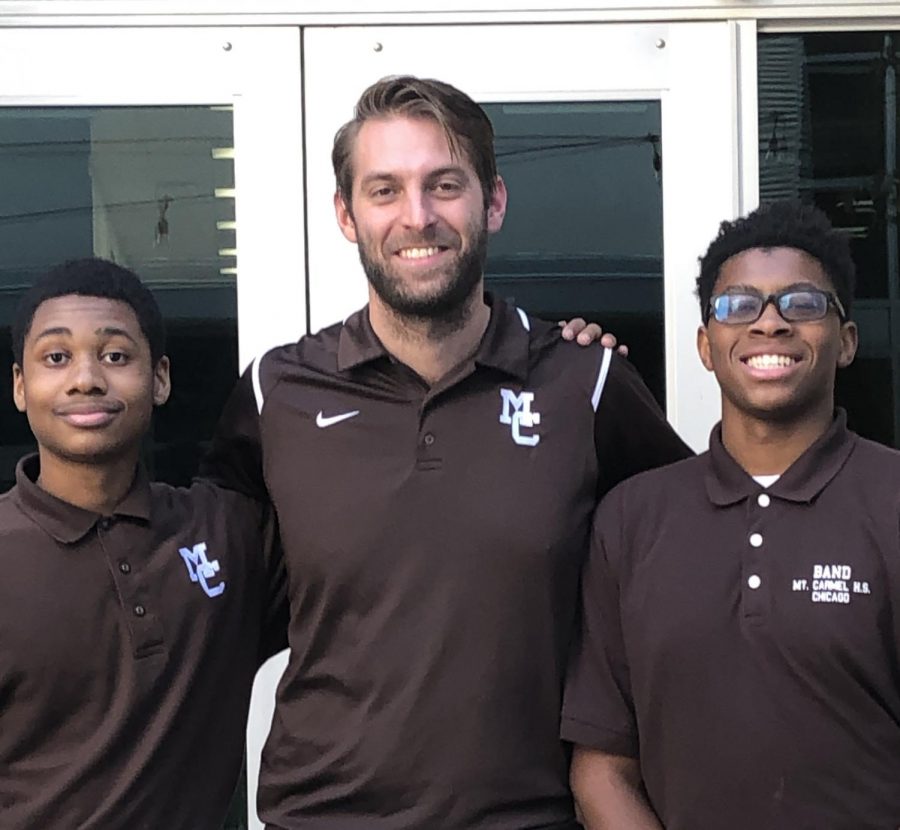 Mount Carmel Music Director William Spakowski is planning an ambitious student trip for next spring. The trip will bring members of the music program to Los Angeles, where they will attend workshops and have the opportunity to perform in a concert at Disneyland. It also will reward those students who have worked hard over the last year to build Mount Carmel’s music program.

According to Spakowski, “We’ll leave April 16th and come back April 20th, so it’s the tail end of Spring Break.  Students will miss school that day.”

In order to afford the trip, Spakowski has planned for several fundraisers during the school year.

Band and choir members already have begun selling chocolate bars as a way to raise funds for their own portion of the trip’s cost and already have sold right 86 boxes. Whatever money each student makes will go toward reducing the cost of the trip for that student.

In addition to the candy sales, Spakowski also is planning several fundraising events to further reduce costs, which will be more than $1000. This winter, there will be a March Madness style video game tournament open to all students.  According to Spakowski, it will feature three brackets: “a Madden Tournament, an NBA 2K Tournament, and a shooting game or mariokart.”  The entry fee will be $15, and the winner of each tournament will win a $50 Game Stop gift card.

Spakowski also has a few other ideas for how to raise funds to make the trip affordable for everyone.

“Ticket prices will go up a little for concerts, and we also may sell popcorn later this year.”

Spakowski still has details to finalize and funds to raise, but the trip promises to be a special experience for all who participate.