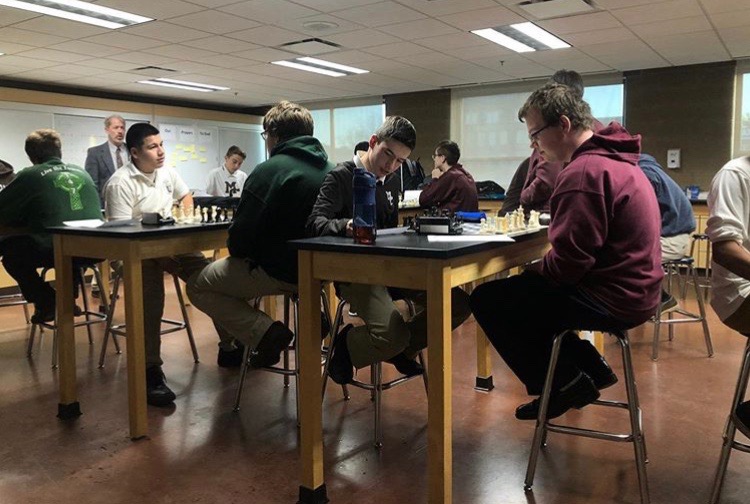 MC Chess has had a successful season, including a recent victory against. Br. Rice.

At this point in the season, the Mount Carmel chess team is in 3rd place in the Chicago Chess Conference. The team is just one win behind first place, with one match left in the regular season. The team is coached by Dr. Rogers, who is pleased with the hard work the team has put in to be the best they can be.

“The team is during very well this year.”

The leading chess player for Mount Carmel is junior Will Quinn, who has 72 points over 8 matches, and is averaging 9 points a game. Quinn is tied for first place in the conference as an individual player.  In addition to Quinn, three other Mount Carmel students are top 10 as well:  Miguel Hernandez (7th), Aidan Cavallini (8th), and Nolan Fletes (9th).

“(It’s) looking very exciting for the last match and for the postseason to come.”

UPDATE:  In the chess team’s final regular season match on January 7, MC defeated Marist to clinch third place in the Chicago Catholic Chess League..  The team now prepares for the playoffs:  the conference meet is scheduled for January 18 at St. Ignatius, with the IHSA sectionals to follow on February 1.