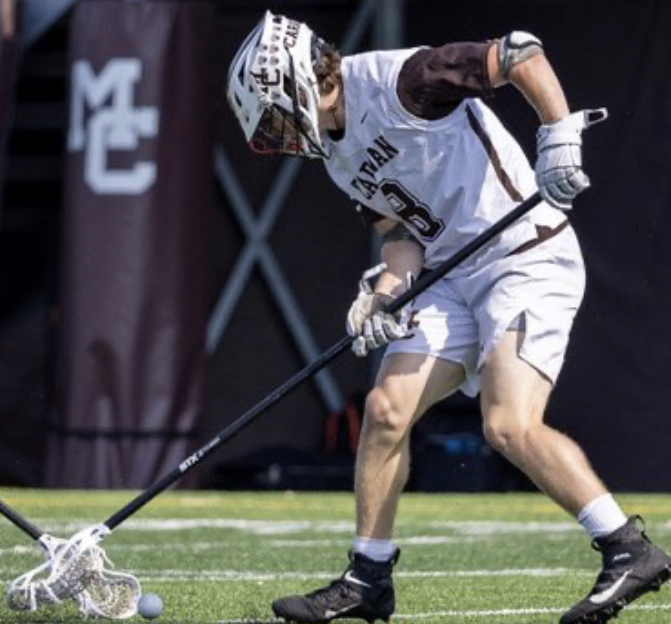 While many think of baseball as the original sport conceived in America, lacrosse is actually the oldest American sport. Lacrosse has been played by Native Americans for hundreds of years, long before the United States was founded and baseball was invented.

Despite being an old sport, the Mount Carmel lacrosse team is one of the newer varsity sports programs sponsored by the school. With its first season only being in 2012, the lacrosse team has had to establish itself, mainly playing against other traditionally excellent teams and other Catholic High Schools that have had a lacrosse team for several decades. However, despite this adversity, the Caravan lacrosse team has garnered quite a reputation for itself. Despite being one of the newest programs in the Chicago Catholic League, the lacrosse program has captured CCL White Division titles in 2017 and every year since 2019.

Despite its continued success, due to the overall popularity of the sport of lacrosse, Mount Carmel’s team is not the most famous or best-attended team of all the Caravan athletic teams, but that is just fuel for the players.

“I think because we’re not as recognized as, like, the football team, we work harder because of it,” said senior defenseman Billy McHugh, who is one of the few returning starters, with many of the Caravan’s key players having graduated last year. “We are also motivated by the success of Caravan Lacrosse so far. We want to live up to the precedent set by the guys who came before us.” McHugh is also playing NCAA Division-I lacrosse next year for the Long Island University Sharks.

Fellow senior lacrosse player Pat Sullivan had a similar sentiment. “Because we have been around successful teams and we’ve seen what it takes to win a conference title, we know what we have to do this year,” said the senior midfielder. However, Sullivan said that he and the team do not feel too much pressure to perform. “At the end of the day, it’s just a game, and as long as we give it our all everything should work out.”

This team is a very different one from last season, with many of this year’s starters being new to varsity.

The Caravan lacrosse team kicks off its season on March 16th at Andrew High School, followed by another away game, at Lane Tech on March 26th. There are six home lacrosse games this season, the first being when the Caravan hosts the Carmel Catholic Corsairs on Tuesday, March 29th at 7:00 in the evening. The full schedule can be found on the Mt. Carmel 8to18 website.