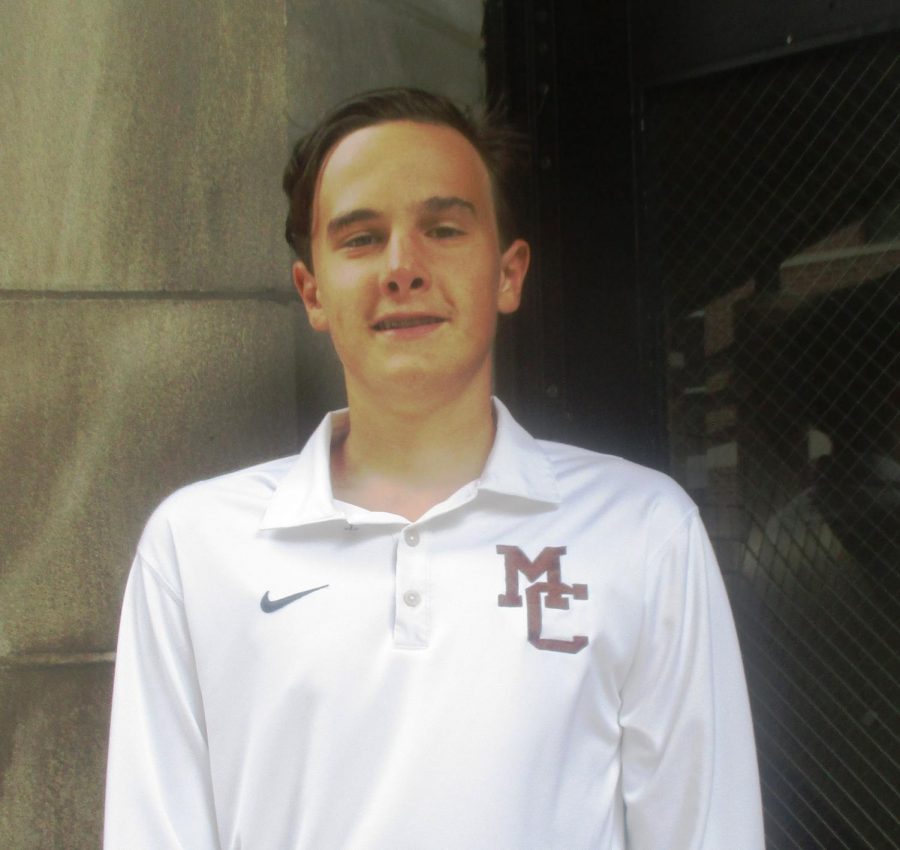 Harrison Moynihan is a junior at Mount Carmel High School who plays golf and rugby for the Caravan. His favorite subjects are English and physics. He particularly enjoys the writing aspect of his English class, and hopes to major in English or social studies at the college of his choice.

In his free time Harrison enjoys watching sports and playing video games with his friends. However, the most important aspect of his life is his family. He lives at home with his dog Matilda, two brothers, George and Simon, his sister Carys, and his mom and dad who have supported him throughout his  schooling . Yet he has found a new family at Mount Carmel High School, and he is working hard every day whether it's golf, rugby, or studying.

As one of Harrison's interests, he likes to travel with his family and see new cultures and ways of life. He enjoys trying the food and activities that captivate people of other countries and religions. From his studying at Mount Carmel, Harrison feels as if he is becoming a better student, son, brother and citizen.

Harrison is not sure what he would like to do as a profession, but would imagine it would have something to do with the arts as he enjoys musical theatre and acting. He has been told by friends and family that he is quite a funny guy, and that maybe he would pursue a career as a comedian or writing sketches for his favorite show SNL (Saturday Night Live). His role model, other than his parents, would be his older brother George, who is studying political science at the University of  Vanderbilt in Nashville.