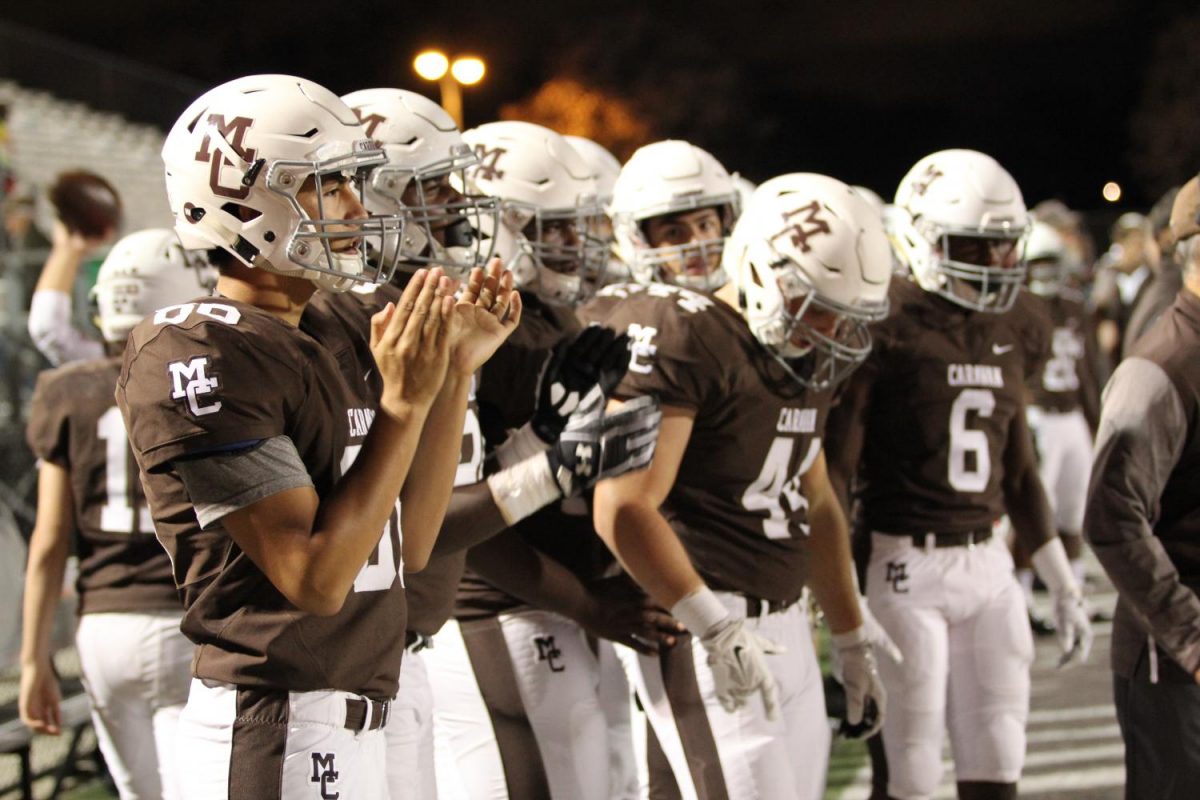 Normal Community Ironmen brought a 10-0 record and a second seed in the 7-A division state football playoffs to the drizzling Saturday noon matchup with the Mount Carmel Caravan at Gately Stadium. The Caravan never trailed, but never had any breathing room either. The Caravan ground game worked better early in the game than later on, but it still looked like they were capable of building a slight lead on a formidable opponent.

Normal quarterback Daylen Boddie eluded Caravan tacklers for most of the tight contest and scored both of their touchdowns. However, the Caravan limited the Ironmen’s passing game and played turnover free football on a wet field to secure the victory.

A long interception return by Davion Brooks set up the first Caravan TD by Radomir Premovic in the first quarter. Boddie scored for Normal on a long run to close the quarter. The Caravan clicked again with a short TD run by Aristotle Nakos following a long gainer on a pass from Premovic to Alex Thomas. Matt Lenti held off the Ironmen with an interception in the end zone to close the half.

The Caravan had trouble gaining first downs in the second half against Normal’s front three which averaged 306 pounds. Boddie scored again for the Ironmen, but Eddie McGee blocked the extra point to keep the score: Caravan 14, Ironmen 13.

Good defense kept the Ironmen from threatening again. End of game clock management was key for both teams. A delay of game penalty on Mount Carmel actually helped them kill additional time and Normal couldn’t get the ball out of bounds when they needed to stop the clock in the last minute near mid-field.

Normal had averaged over 53 points a game in 10 blowouts and had never won by fewer than 24 points in any of their prior games. The Caravan, however, endured a typically tough CCL Blue Division schedule and proved ready for any opponent.

About the Writer
Caravan staff, 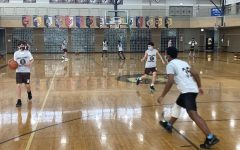 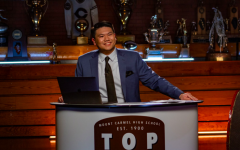 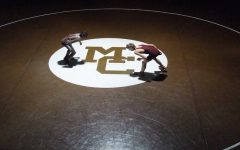