Caravan football to close out regular season vs. Br. Rice; playoffs next 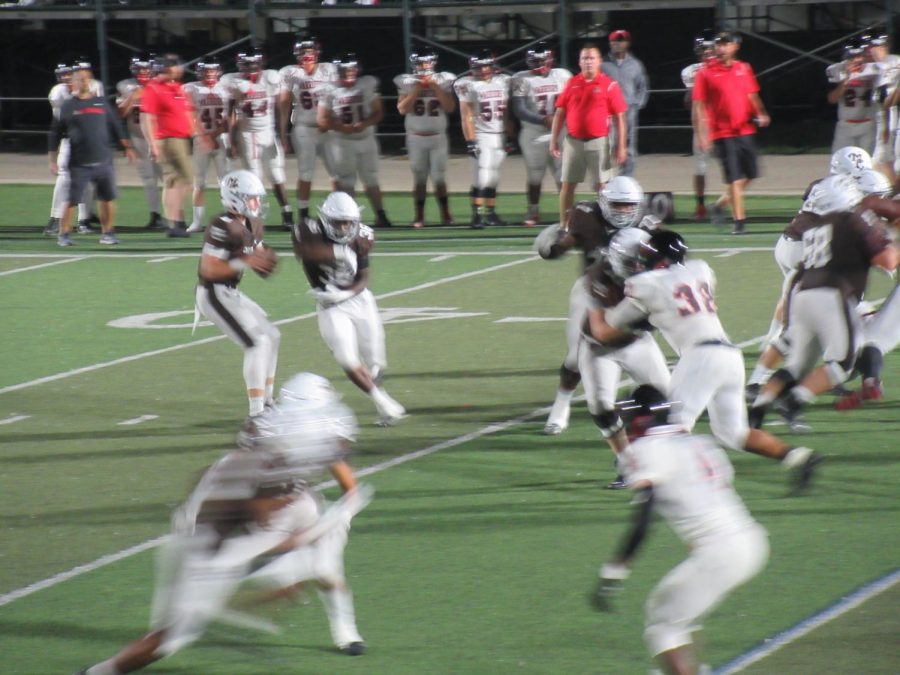 The Mount Carmel football team has been outstanding this season. The team is undefeated heading into its final regular season game against Br. Rice (Friday, October 5 – 7:30 p.m. at Barda-Dowling Stadium).  The Caravan currently is ranked 3rd in the state and number 191 in the country.

Mount Carmel competes in the Catholic League “Blue” division, which includes Loyola, Brother Rice and Marist. With its record of 8-0, the Caravan sits in first place. Loyola is in second place in the division with a record of 6-2, while Brother Rice is third (5-3) and Marist occupies last place (4-4). Mount Carmel beat Loyola 17-14 in week 4 and also defeated Marist 21-14 in its homecoming game in week 6.

The Caravan ‘s final regular season game, against Br. Rice, should be very intense. Not only is it a divisional game, but Brother Rice is ranked 37th in the state. It will be a home game for the Caravan, and it is expected to be a full house.

After the Brother Rice game comes the IHSA playoffs. The Caravan already has clinched a spot for playoffs with or without the win over Brother Rice, but playoff seeds and pairings will not be announced until Saturday night.

Given its successful season and overall score differential (199-83), Mount Carmel should be considered a contender  to win state.  The final game against Br. Rice is an opportunity for the team to prove it is ready for the challenge.

Caravan football to close out regular season vs. Br. Rice; playoffs next