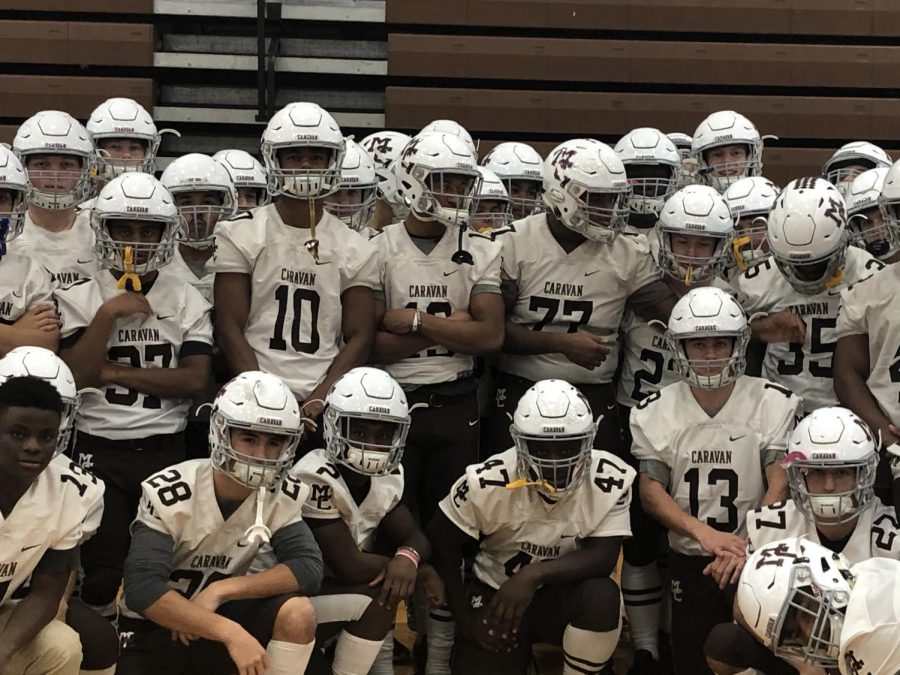 The Caravan is anxious to continue their playoff run on Saturday.

As the top seed in 7A, Mount Carmel has the home field advantage in Round 2, and MC’s next playoff game be played at Barda-Dowling Stadium on Saturday, November 9, at 1:00 p.m.

The Caravan enter this matchup at 10-0 after a lopsided 61-14 first round win over the Eisenhower Cardinals at Barda-Dowling Stadium last Friday.

Meanwhile, the Glenbard North Panthers enter this playoff game with a 7-3 record after a decisive 35-8 victory against Benet Academy (6-3). The Panthers were seeded 16th in the IHSA 7-A Division.

Some players to watch from the Caravan are quarterback Justin Lynch, wide receiver Tony Livermore, middle linebacker Jeremy Moriarty and running back Kenenna Odeluga, who sat out the first playoff game due to a minor injury. Enzo De Rosa and Tommy Egan carried the ball against Eisenhower.

The key players for the Panthers, according to Dave Oberhelman and Kevin Schmit (in an article published on Daily Herald’s Football Focus on October 18), are quarterback Mike Vazquez, running back Jordan McQuarter and receiver Kobie Jamison, who are all major contributors to the Panthers offense.  Sophomore defensive tackle Max Eick and linebacker Angelo Cusumano are among the key players on the defensive side of the ball.