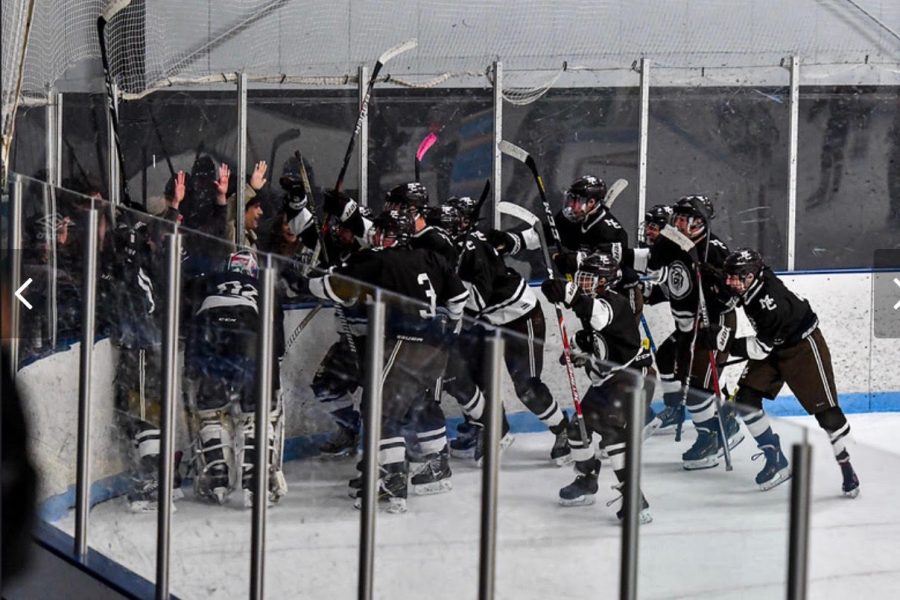 The Caravan hockey team celebrates with their fans with a victory

Recently, the Caravan hockey team beat the St. Rita Mustangs for the first time in eight years. This 3-2 victory was the biggest win this season,  and came on the strength of two goals by sophomore Nick Anderson and one by junior Duke Allen.

The game was MC’s second opportunity to break the drought this season. The first time the teams played was in the Caravan’s opening game, and Rita was victorious by a score of 5-1.

As the season progressed, the Caravan’s play has been inconsistent, with both a winning streak and a losing streak. Therefore, beating Rita was especially satisfying to the team.

The Caravan currently hold 5th place (out of 12 teams) in the Chicago Catholic Hockey League with a record of 3-5-1.  The long- awaited victory over the Mustangs may provide motivation during the remainder of the regular season as the team pursues a playoff spot.

The hockey team’s next game is against Benet Academy on Sunday, November 24 at 5:00 p.m. The game will take place at Homewood Flossmoor Ice Arena.