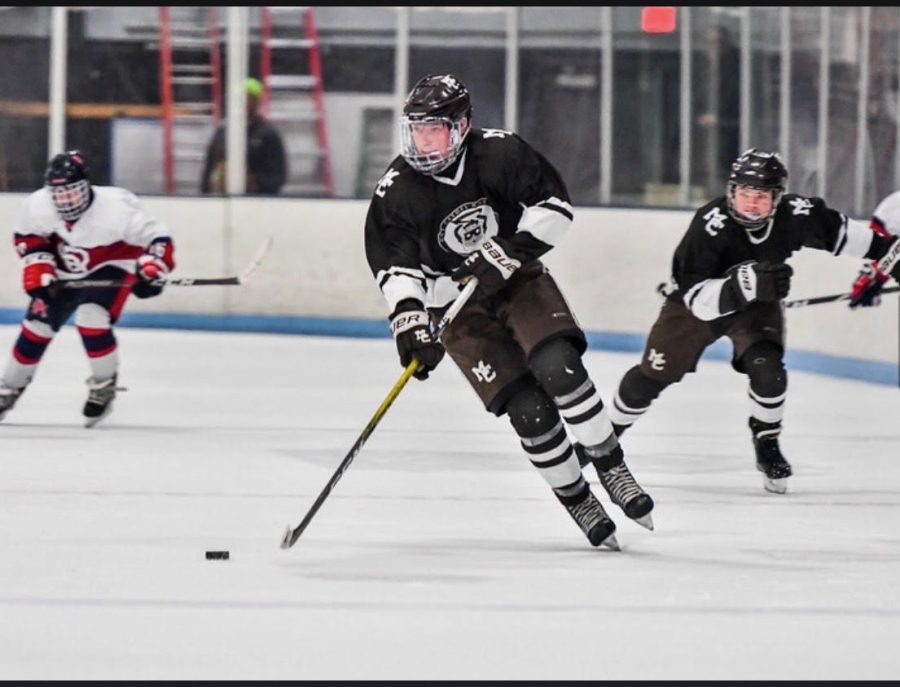 The Caravan hockey team will play the Fenwick Friars at 8:40 p.m. on Thursday, December 19 at Morgan Park Ice Arena. During the game, the Mount Carmel football team will be honored for their win in the 7A state championship game against Nazareth Academy.  Despite its current record in the Chicago Catholic Hockey League  (5-8-1),  the team still has an opportunity to make the playoffs. The team is in 6th place out of 11 teams, and only the top eight qualify.  This Thursday’s game and the remaining five games in the regular season are critical.

The team is coached by Brian Black.