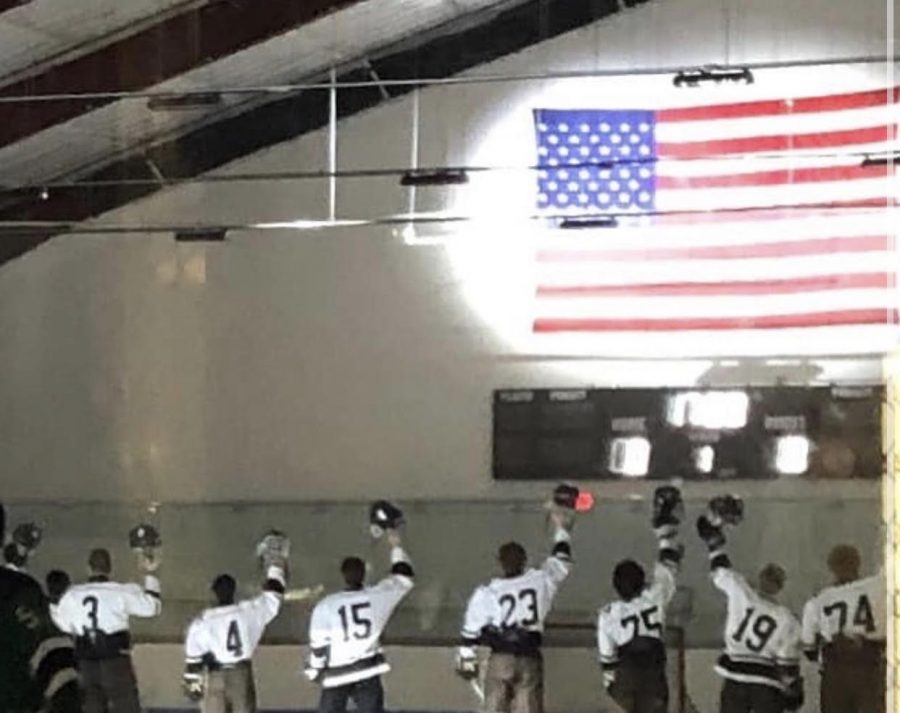 Hockey team in line for the national anthem

The hockey team recently lost to Providence Catholic in the quarter finals of the Kennedy Cup Playoffs. In the best of three series, the Caravan lost 8-1 in the first game and 6-1  in the second. Despite the disappointing performance, this year’s team was the first to make the playoffs in six years.

Even after the loss, the hockey season isn’t over as the team now prepares for the state playoffs that lead to the Blackhawk Cup. The championship game for that prestigious series is held annually at the United Center.

The Caravan will take the ice at Canlan Ice Arena in Romeoville on Wednesday, February 12 at 7:30. The home team for that opening round game will be Neuqua Valley, which is ranked 25th in the state, while the Caravan is seeded 26th.

Their have been several opinions and thoughts on how the hockey team will do. What Junior hockey player Trevor Nordstrom believes is, “I think we have good shot at being top 16 in state. The only challenging teams that we would go up against if we were to advance in the bracket, is York High School which is ranked 16th and Glenbrook North High School which is ranked 2nd in state.