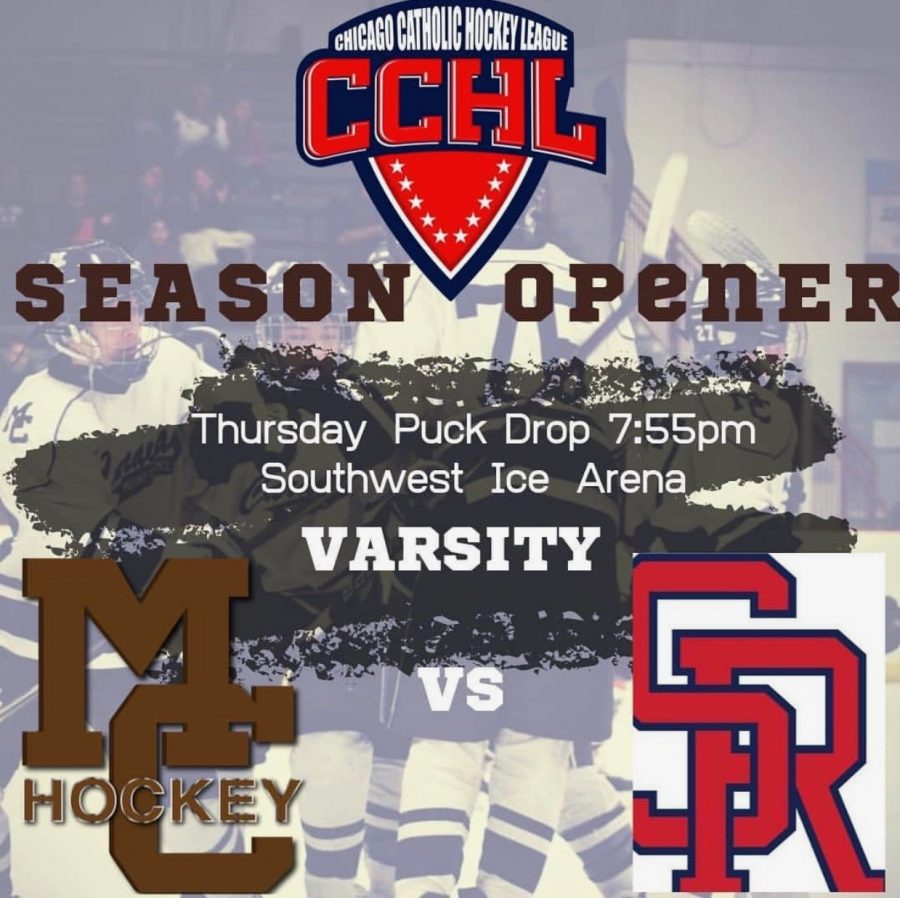 Mount Carmel teams dominate many sports in Illinois, but one team that hasn’t fit that description recently is ready to make a comeback after nearly a two decade drought. The Caravan hockey team’s regular season begins on Thursday, October 4, when the team will skate against the St. Rita Mustangs at Southwest Ice Arena at 7:55 pm.

The Caravan iced a very dangerous team in the ’80s and ’90s, with five state championships and 20 Kennedy Cup wins. Since those glory days, the Caravan has been much less successful.  In his third year as varsity head coach, Brian Black is looking to change that recent story and make the Caravan a dominant power once again.

One reason for optimism this season is the eight returning varsity players, including four seniors and four juniors. The seniors include Evan Madrigal (goalie), Patrick Hawryla (forward), Charlie Dicaro (forward) and Adam Fitch (defense) who begins his fourth year on the varsity team.

Juniors are Luka Difilippo (defense), Aiden Boukal (defense), Samnang Smith (center) and Duke Allen (center). Like Fitch, both Allen and Smith have played on the varsity team since freshman year. The experience these veteran players bring is expected to make a huge impact on this 56th season for the Caravan.