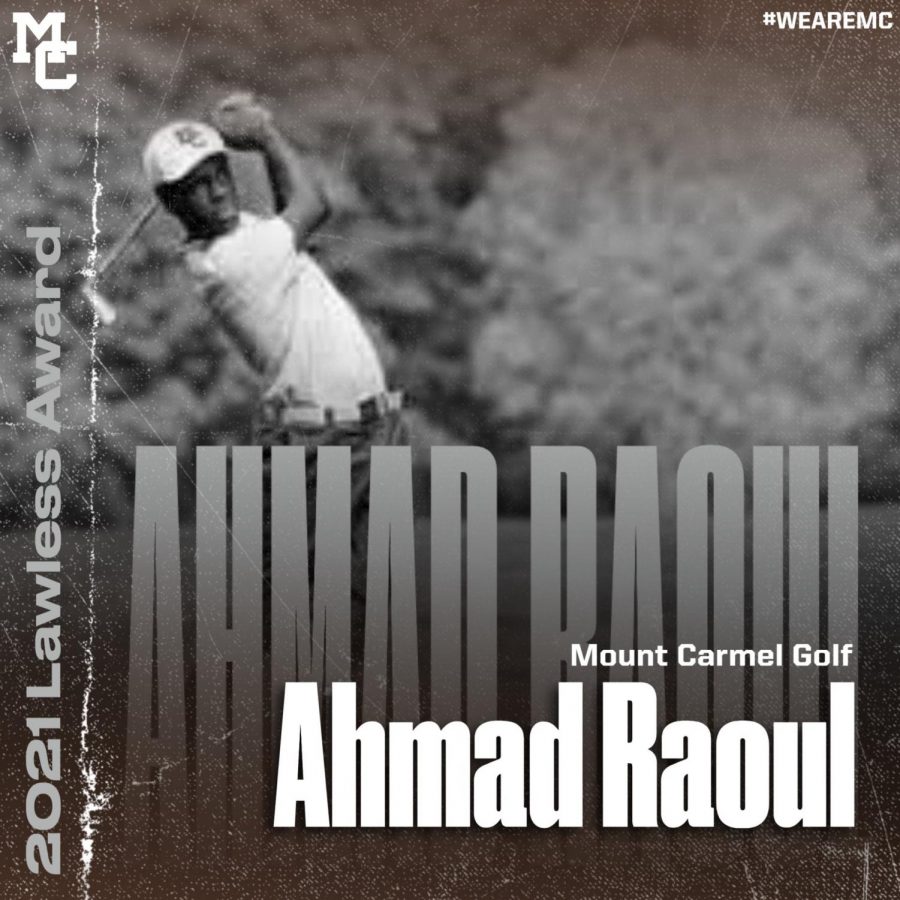 Ahmad Raoul is the most recent recipient of the Lawless Award, winning the prestigious award in Golf.

Senior golfer Ahmad Raoul has won the highest award the Chicago Catholic League has to offer. Raoul won the Lawless Award for golf this year, given out in all CCL sports to the most outstanding athlete in the conference for their respective sport. Generally given to seniors, winning the lawless award is a massive feat, and one that immortalizes the winner in both CCL and Mount Carmel history.

Head Caravan Golf Coach Tony Massino was very happy for Raoul. “It’s an awesome achievement,” said coach Massino, “It’s really cool for him to have a place with Carmel’s best.”

The most recent Lawless Award winner from Mount Carmel is Jalen Grant ‘20, who won the lawless award for football his senior season while playing both ways and leading the Caravan to a 14-0 state title. Other notable winners include wrestling coach Alex Tsirtsis, who won the lawless award for coaching in 2020, and Mark Antonietti ‘84, who won a legendary two Lawless awards, capturing the prestigious award his senior year in both football and wrestling.

The award is named after Tony Lawless, a legendary Fenwick coach. Lawless played professional basketball before becoming the head football coach and athletic director at Fenwick. He led the Friars from 1929-1949 and garnered a record of one-hundred and seventy-seven wins, forty-three losses, and eight ties. He was also Fenwick’s head basketball coach and he founded the Chicago Catholic League Coaches Association.

As the highest award given by the toughest conference in the state, it is a remarkable feat to win the Lawless award. It is a testament to Raoul’s skill and prowess that is undeniable. Raoul is no stranger to high accolades, though, having won a fair amount of awards prior to winning the lawless. Raoul has competed all across the United States, taking first at the hotly contested Chubb Classic Champions Challenge this past April. Raoul has represented the Chicago First Tee Charter multiple times, including once in Naples, Florida.

Raoul is also a standout scholar for Mount Carmel. Raoul has one of the highest GPAs of the senior class and has been Student of the Month. He is also challenging himself in the classroom, taking some of the highest level math and science courses that Mt. Carmel offers.

Raoul also competed in the CCL golf Championships, which earned him all-conference honors. Raoul led the Caravan Golf team to a sixth-place finish in the conference, and also a second-place finish at Regionals.

When asked about winning the Lawless Award, Raoul said, “It feels great to be recognized among some of the MC and CCL greats.” 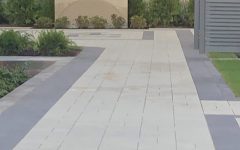 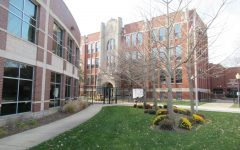 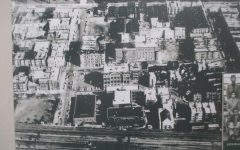 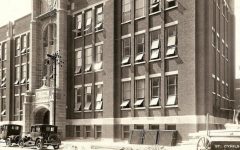 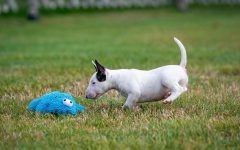