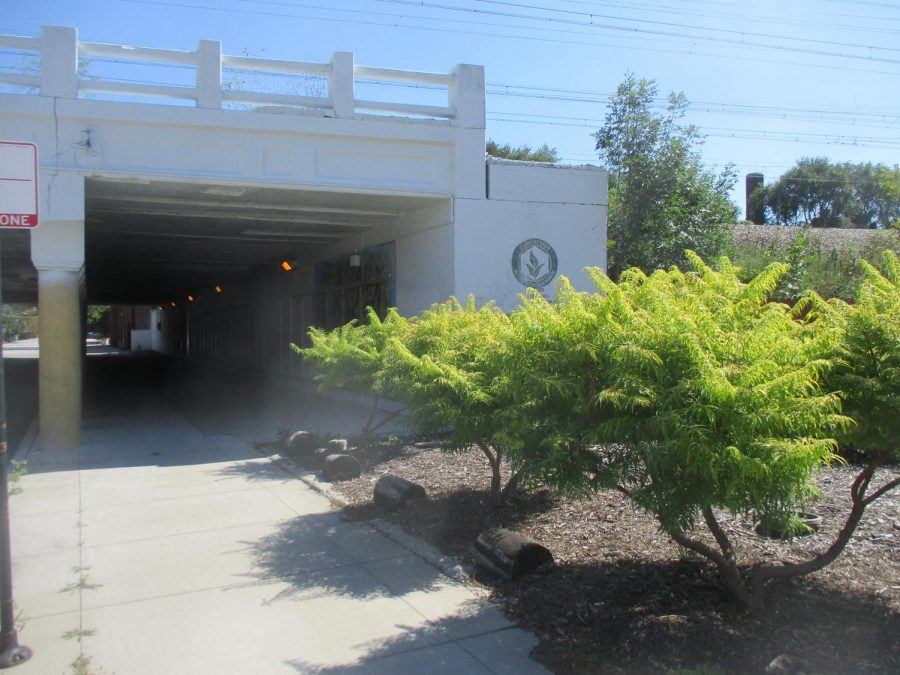 The 64th Street viaduct renovation improved only the western half of the viaduct. (Photo credit: George Vrechek)

Construction on the viaduct was concluded on Monday, September 12, but the work on Stony Island is on going. The viaduct construction included cleaning up fallen concrete, correcting structural deterioration, adding concrete that had fallen off due to water damage and freezing to beams and columns, and a new coat of paint.

Along with The William Hill Gallery, a recently finished garden along Dorchester Avenue, this extensive work on the west half of the viaduct has improved the overall look of the neighborhood. Although the construction has created a more inviting look on the side Metra owns, the east portion of the outdated viaduct has been untouched because a freight rail company owns it.

Although the viaduct has a new and fresh look, there is still work that needs to be done. The students at MC and the many pedestrians that walk under this viaduct appreciate the work done, but there are still columns remaining that leave an unappealing look. Hopefully within the next few months the rest of the viaduct will be finished and Woodlawn can continue to improve as an inviting neighborhood.